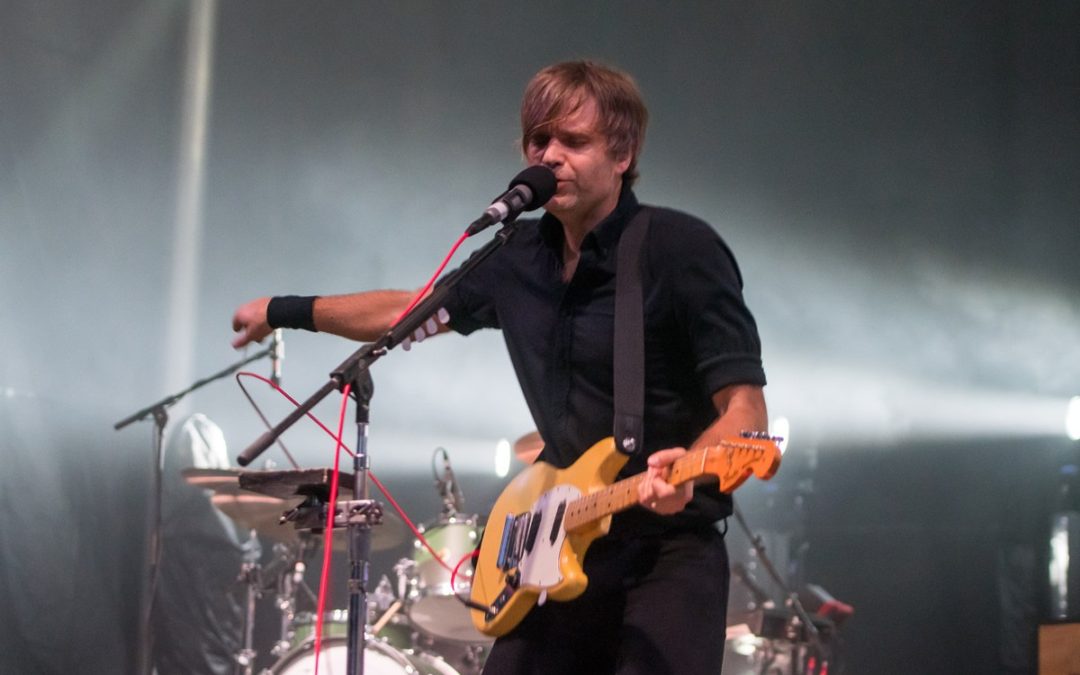 Despite the near constant threat of downpours, more than 3,500 people filled the south end of Harrisburg’s Riverfront Park as the HU Concert Series presented Grammy-nominated band Death Cab for Cutie Wednesday night.

The Seattle-based alternative rockers didn’t disappoint, delivering a career-spanning nearly two hour set that left the crowd screaming for more on a sultry summer night along the Susquehanna River. Following a brief storm, Minneapolis-based indie rockers Bad Bad Hats kicked the show off at 8 p.m. The rain stayed away the rest of the way. Death Cab for Cutie went on at 9 p.m., playing the capitol city for the first time last night.

The show represented the return of major concerts to Harrisburg’s riverfront. And HU plans to stage even more shows along the river, in addition to performances the University continues to host at venues across Harrisburg, including XL Live, The Forum, Whitaker Center for Science and the Arts, and Greystone Public House.

Our next show will feature Portland-based singer-songwriter Chris Pureka at Greystone Public House on July 12. Pureka’s bold vulnerability in processing the intimacies of her life in song has long appealed to listeners who crave authenticity. This show is part of our Music & Vines: Pairing Live Music with Wine series.

To check out photos from last night’s show, visit this Link.

Below are links to news coverage of the show:

PennLive: 13 takeaways from Harrisburg’s Death Cab for Cutie Show: What we learned from their riverfront show

ABC27: Death Cab for Cutie concert estimated to have million

Accredited by the Middle States Commission on Higher Education, Harrisburg University is a private non-profit university offering bachelor and graduate degree programs in science, technology, and math fields to a diverse student body. For more information on the University’s affordable demand-driven undergraduate and graduate programs, call 717.901.5146 or email, Connect@HarrisburgU.edu.